Professor（Graduate School of Arts and Letters）

I mainly study the history of Japanese economy of the eighteenth and nineteenth centuries. My research findings on night soil transactions in the Osaka region have been summarized in my book (Kenichiro Aratake, Shinyo o meguru kinsei shakai: Osaka chiiki no noson to toshi [The Night Soil of Early Modern Society: The Farming Villages and Cites of the Osaka Region], Osaka: Seibundo, 2015). This study of these transactions has led me to begin studies of merchants and goods distribution across Japan. For example, I studied old manuscripts to examine the state of kitamaebune (northern-bound ships), which played a significant role in an early modern western marine route (Osaka – Ezo) and local markets. I feel it important that specialty goods of one region were distributed across the Japanese archipelago and that commoners were conscious of local brands. Also, the economic centers of the time were generally Osaka, Kyoto and Edo (called the “big three cities” of the Edo period), and the merchants who thrived there had gathered attention. There is also great historical significance in making clear the existence of the merchants who cooperated with merchants of the three cities and created footholds across Japan. Shiroishi city, Miyagi prefecture functioned as a castle town / post-station town in the Edo period; there, the influential local merchants engaged in active transactions with other city merchants. This did not only mean one merchant was managing business skillfully, but also carried great significance in the regional economy. I aim to produce research that connects small villages and towns with the history of Japan, Asia, and the world. 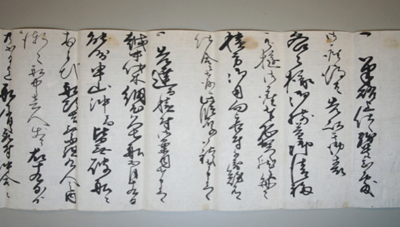 A document stating that a merchant vessel was in an accident in the Japan Sea (Held by the Yamagata Prefectural Museum, nineteenth Century) 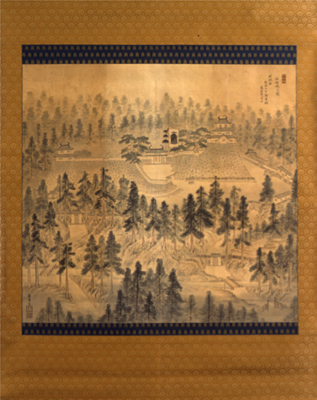 Why did the Tokugawa Shogunate last for more than 260 years? –Revealing the governance structure of modern Japan

My major research objective is to investigate the governance structure of the Tokugawa Shogunate through the study of hatamoto, which refers to government bureaucrats in the Edo period. While they are referred to as government bureaucrats, hatamoto?unlike the bureaucrats in the modern government?had territories granted by General Tokugawa along with their duties and had the characteristic of feudal lord. Therefore, in order to elucidate the governance system of the Tokugawa Shogunate, it is important to paint a real picture of not only daimyo (feudal clans) but also hatamoto who were involved in both the bureaucracy and lordship under the Tokugawa Shogunate. In particular, since the situations of hatamoto in their territories have not been explained for the most parts; I have worked on the examination based on documentary records from the Edo period. The lordship of hatamoto in the Edo period was not limited to their territories. As in the case of daimyo, many tasks such as making tax payments to the lord and managing community expenses were performed by village officials representing farmers. Furthermore, based on the cases I have investigated so far, sometimes those village officials even managed the household budget of their lord. It has not been known at all in Japanese history studies that the people of the domain managed the finance and household budget of their lord. However, discovering such historical facts allows us to accurately understand the modern Japanese governance structure and provides great clues to paint the overall picture. Comparing the characteristics of the bureaucracy developed by the Tokugawa Shogunate to those of East Asian countries during the same period should also become an academically meaningful task. I would like to continue contributing to the study of political history in the Edo period by going beyond the traditional framework by focusing on hatamoto and their territories in various parts of Japan and closely examining historical records on both samurai warriors and villages.

The document a hatamoto submits to the Tokugawa Shogunate at the time of assuming the role (prepared in the 19th century, the Cabinet Library at the National Archives of Japan) 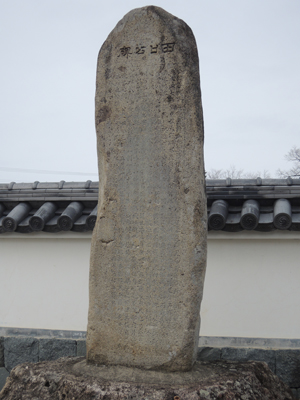 How did people overcome infectious diseases in modern and early modern times?

Infectious diseases, transmitted from human to human, have connected people and affected various aspects of society. We aim to understand the historical behavior of social groups or individuals from written records to provide a concrete picture of the history of infectious diseases. Studies to date have demonstrated that modern Japan introduced sanitary administration from the West, significantly altering the measures taken against infectious diseases during the Edo period; these studies also give an overview of the Meiji Government´s policy process and local community trends. In the future, we would like to focus on the social changes inflicted by infectious diseases from the perspective of communities and individuals in modern Japan based on those results. In addition, we aim to conduct a case analysis in Northeast Asia to promote multifaceted research. 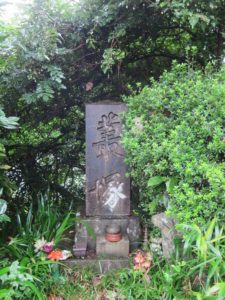 “Soutyou” was erected in 1882 during the cholera epidemic (Aoba Ward, Sendai) 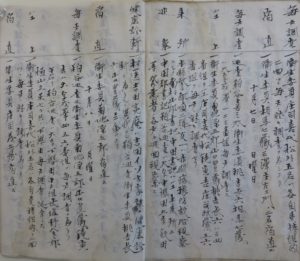 Logbook at the time of the dysentery epidemic in 1910 (Zao-Narisawa document, Yamagata City)

Since the Edo period, the Tohoku region has faced frequent disasters such as bad harvests and famines, and these have caused a large number of casualties. Moreover, industrialization was delayed after the Meiji era, and the Tohoku region was gradually positioned as a backward region. As a result, Tohoku received a negative image of “poverty” and became known as a “dark and unchanging” region, which diverges from reality. Historical studies have also argued that wealthy farmers and merchants in the Tohoku region have suppressed the nago (lower class peasants), that this is a society with significant economic disparities. However, are such theories correct? To promote new research, we have examined in detail the formation of ideas (collection formation and acceptance of books) of wealthy farmers and wealthy merchants, mainly those in the Hachinohe domain in the 19th century, and shown the diversity of these people. We have also examined how the differences in positions arose due to the uneven distribution of books. In the future, we would like to examine in more detail what regulated the behavior of people in this area, focusing on the lord of the domain and physicians residing in the village. At the same time, we would like to clarify the social and cultural characteristics, including trends in mining, a major industry in the Tohoku region in the 19th century. 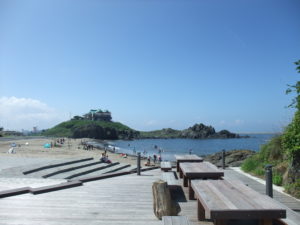 One of the places where Nanbu Nobumasa, lord of Hachinohe Domain, is believed to have composed Chinese poetry (Kabushima, Samemachi, Hachinohe City, Aomori Prefecture) 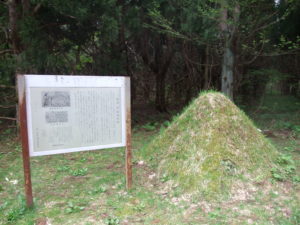